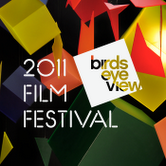 The 2011 Birds Eye View Film Festival (BEV) closed its seventh annual celebration of women filmmakers with a Gala London premiere of SXSW-winner Tiny Furniture alongside the Festival Awards on 17 March 2011 at BFI Southbank. The awards, including the presentation of WFTV Best UK Short to acclaimed stage director Marianne Elliott (War Horse) for her film debut Alice, were hosted by actress Hayley Atwell (Brideshead Revisited, Any Human Heart), directors Lucy Walker (Oscar-nominated for Waste Land) and Joanna Hogg (whose acclaimed Archipelago has just been released in the UK), and comedian Lucy Porter.

Alongside record audience attendance, a roll-call of stars turned out to support the Festival. The Festival was opened by Zoe Wanamaker, quickly followed by Scottish actress Shirley Henderson (Bridget Jones, Harry Potter) attending to talk about her work on Kelly Reichardt's Meek's Cutoff and BRIT Award-winner Kate Nash, introducing Festival favourite Music Loves Video. The Festival's Equals on Film Gala in association with Oxfam for International Women's Day was attended by Livia Firth, musician Annie Lennox, supermodel Laura Bailey, actresses Thandie Newton and Maryam D'Abo, and Whistles' fashion supremo Jane Shepherdson among others. At a celebratory event for Birds Eye View's She Writes Lab, a collaboration with The Script Factory, Celia Imrie led a phenomenal cast in a screenplay reading to launch a new generation of female screenwriters.

For the first time, the Festival has also reached out to a global audience. The Innovation programme included a live Twitterview with IDFA Digital Storytelling Award-winner Katerina Cizek, talking about her interactive online documentary Highrise: Out My Window. And the Festival's Bloody Women: From Gothic to Horror programme, which ranges from silent gothic psychodrama to modern vampire chic, was rounded off with a live streamed Panel Debate from the ICA, with the Horror Channel's Emily Booth and FrightFest's Alan Jones among others.

Birds Eye View Founder-Director Rachel Millward said: "I'm delighted the Festival has been such a resounding success this year, with overwhelming response from audiences proving the wealth of talent that women filmmakers bring to our screens. We're particularly thrilled by the number of impressive debut features by women from across the globe, which we hope is a sign of a great future for women in film."

BEV 2011 AWARD WINNERS
Awards were chosen by an esteemed panel of industry jurors. The title of the award and the name of the winner are at the top, followed by the names of the jurors.


· BIRDS EYE VIEW celebrates and supports international women filmmakers. Backed by leading lights of the film industry, it is a positive response to the fact that women make up only 7% directors and 12% writers in the world's most powerful medium. BEV is concerned with women’s creative vision in film, and wants to see more of it.

· In 2005 BEV launched the major UK women’s film festival. This has been a storming success, proving the wealth of talent and potential that women bring to film. BEV believes it is vital to the health and diversity of UK film that we raise role models, offer support and provide a forum for women in the industry, whilst encouraging the next generation to break new ground. As well as inspiring more women to write and direct their own work, BEV educates audiences about the importance of diversity in film, and through and extensive public campaigns and accessible events, BEV seeks to widen the audiences for women-made films and world cinema.

· BEV is led by Rachel Millward, named as one of the 50 "Women to Watch" by Arts Council England and the Cultural Leadership Programme and previously nominated as a ‘World Changing Woman' (The Guardian, 21.08.06.) and shortlisted for the Women of the Future Award in Media, November 2009. Rachel is currently the Clore Fellow for Film. Patrons include Mike Figgis, Mira Nair, Joanna Lumley, Juliet Stevenson, Martha Fiennes, Stephen Woolley and Gurinder Chadha.

· Birds Eye View's FIRST WEEKENDERS CLUB (FWC) supports women filmmakers at the box-office on the all-important opening weekend. The opening weekend of a film has a phenomenal impact on the movie’s life in cinema and beyond. FWC aims to make a tangible difference to women filmmakers, by mobilising national and international networks and connecting films created by women with their audience before a release, giving them the best chance of box office success. “The Birds Eye View First Weekenders Club is an excellent initiative, reminding audiences of their power to make a difference at the box office and to influence the success of women-directed features” - Gurinder Chadha, Director

· Birds Eye View LABS are specialised intensive training programmes to hothouse new female writing talent and bring new feature films by women into production. 2009's lab 'LAST LAUGH: Women Create Comedy' successfully brought three comedy feature films from female writers to the Warp X / Warp Films development slates, including work from Sally Phillips, Julia Davis and Lucy Porter. These films are still in development. SHE WRITES lab is ongoing in partnership with The Script Factory. Launching at the 2009 Birds Eye View Film Festival, this has given 10 emerging female screenwriters the chance to develop a screenplay, with expert mentoring across one year, plus residential and UK wide workshops, master-classes and industry dinners, providing these women with the skills and contacts they will need to bring high quality, commercial films into production. In 2010, the continuing partnership with Warp Films and support from Skillset and Scottish Screen saw the launch of REANIMATE, pairing ten exceptional women screenwriters with ten female animators and providing contacts, creative support and a residential retreat at Bradford Animation Festival to help advance their projects towards pitching for the Warp development slate.