Bidisha is a broadcaster, journalist and film-maker. She specialises in international human rights, social justice, gender and the arts and offers political analysis, arts critique and cultural diplomacy tying these interests together. She writes for the main UK broadsheets (currently as dance, art and book critic for The Observer and The Guardian) and presents and commentates for BBC TV and radio, Channel 4 News and Sky News, where she has been a regular newspaper reviewer since 2016. Her fifth book,  Asylum and Exile: Hidden Voices of London (2015), is based on her outreach work in UK prisons, refugee charities and detention centres. Her first film, An Impossible Poison, premiered in Berlin in November 2017 (details here) and received its London premier in March 2018. It has been highly critically acclaimed and selected for numerous international film festivals.

TV, radio, film
Bidisha is a presenter for BBC TV, Radio 3, Radio 4 and the World Service. She also broadcasts regularly on politics and current affairs for Channel 4 News and Sky News, where she has been a regular since 2016. She was a regular guest on Two's Newsnight Review (later The Review Show), Sunday Morning Live and The Big Questions. For Radio 4 she contributes frequently to Saturday Review and Woman's Hour, both of which she has guest presented, and Front Row, and has presented Archive on Four, Heart and Soul and various other documentaries and series. Standalone documentaries have included Texting Andy Warhol, on the role of text in art (R4); An Unofficial Iris, a study of Iris Murdoch's work and legacy (R4); The Red Book, an investigation into Jung's Red Book (R3); and The Countertenor, a highly acclaimed exploration of the countertenor voice for Radio 4. Bidisha was the regular presenter of Radio 3's arts and ideas programme, Night Waves. On the World Service she guest presented the books programme The Word and was the regular presenter of the flagship arts show, The Strand. As of 2015 she has also been a regular Sky News commentator on social justice issues and the refugee crisis, and since 2016 has been a fortnightly newspaper reviewer for the Sunrise breakfast show. 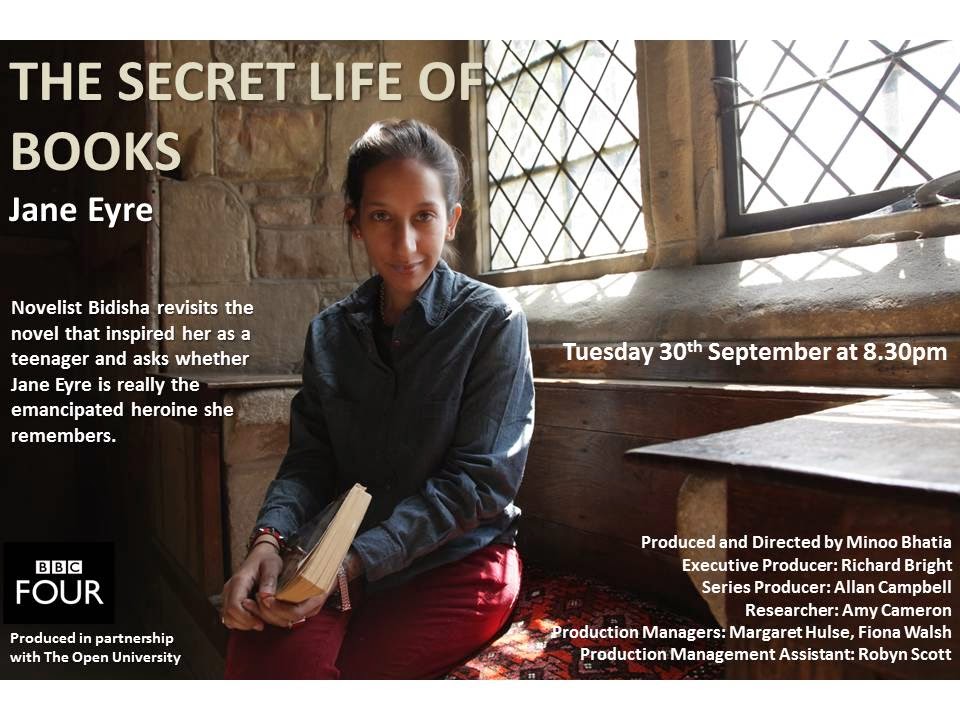 newspapers, magazines, books
Bidisha began writing for arts magazines i-D, Oyster, Volume, Dazed and Confused and the NME at 14. She signed her first book deal, with HarperCollins, at 16. Her first novel, Seahorses, was published to commercial and critical success when she was 18. During this time she also had regular opinion columns in The Big Issue magazine and The Independent. Bidisha's second novel, the thriller Too Fast to Live, was published when she was 21. Bidisha then lectured in political theory, was a contributing editor of the women's magazine Sibyl and style magazine 2nd Generation and edited the arts magazine The Stealth Corporation. Her third book, the travel memoir Venetian Masters, was published in February 2008.

She currently writes for The Guardian, the Financial Times, Mslexia, The Observer, New Statesman, New Humanist, The List, The Huffington Post, the Times Literary Supplement, Sight and Sound, BBC Arts, Poetry Review and various publications internationally. From the end of 2010 to early 2012 she had a weekly column in The Guardian called Bidisha's Thought for The Day. In 2013 Johns Hopkins University awarded her an International Reporting Project fellowship to report on global health and development for the Bill and Melinda Gates Foundation. Bidisha's fourth book, out May 2012, is the acclaimed reportage Beyond the Wall: Writing A Path Through Palestine, published by Seagull/Chicago University Press. For more details click here. Her poetry has been published by Wasafiri magazine, Seagull Books, Saqi Books, English PEN and Young MWA magazine and performed at numerous venues including the Tower of London.  In 2017 and 2018 she was part of the year-long City of Stories writers' residency (details here) for London-based writers

patronage/trusteeship/social capital/the great and the good
2011- Bidisha has been announced as a patron of the SI Leeds Literary Prize.
2012-2018 - Patron of the PANDA performing arts network until its closure.
2012 - Announced as a matron of the London Feminist Film Festival.
2013 - ongoing Trustee of the Booker Prize Foundation.
2016 - Nominated in the Literature category of the Eastern Eye Arts Culture and Theatre awards
2019 - Nominated in the Media category of the Natwest Asian Women of Achievement Awards.
2019 - ongoing Trustee of the Forward Arts Foundation

Bidisha SK Mamata was born in Londoneducated at Haberdashers' Aske's School for Girls. She then studied Old and Middle English at , where she was a college scholar. She ran away from her first day as a Research Fellow pursuing a PhD in Old and Medieval Literature at Oxford University then gained an MSc in Philosophy of the Social Sciences, Economic History and Moral and Political Philosophy at the London School of Economics.

journalist/writer in residence/random stuff
2010 - Southbank London Literature Festival writer in residence
2011 - Birds Eye View Film Festival writer in residence
2011-2012 and 2015 English PEN residency working with refugee and migrant centres in London and visiting prisns
2013 - International Reporting Project Fellow focusing on international development, in a project run by Johns Hopkins University and funded by the Bill and Melinda Gates Foundation.
2014 - Brief stint in Beijing from August until November as Deputy Editor at Time Out Beijing
2016 - Guest Selector at Edinburgh International Book Festival, producing and presenting a series of events about writing and asylum, refuge and exile.
2017 and 2018 - Writer in Residence for the City of Stories residency for London writers.
2018 - Guest Editor, Asylum issue of Wasafiri Journal of International Literature; writer in residence, Wasafiri magazine (details here). Chair of Judges, Forward Prizes for Poetry.