On sexual exploitation, gender and inequality in China

This is an extended version of my Times Literary Supplement essay on the Chinese writer Lijia Zhang's novel Lotus from June 2017. The original is here. 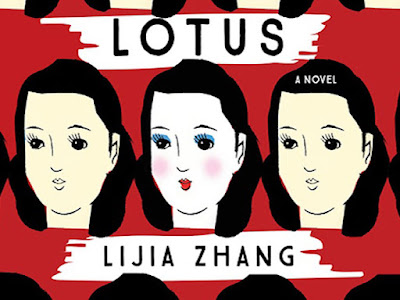 Earlier this month, as part of the Asia House Bagri Foundation literature festival, writer Lijia Zhang tackled gender, exploitation and equality in an event celebrating her novel, Lotus, about the lives of women in China’s sex industry. She was interviewed by Jemimah Steinfeld, author of Little Emperors and Material Girls: Sex and Youth In Modern China, a fresh and informative study of the sexual mores and personal expectations of the relatively privileged post-Mao generation.

Zhang was a hugely charismatic and inspiring presence, personally funny and self-deprecating but serious, well-versed and insightful about China’s challenges. As she described in her memoir, Socialism is Great!, she grew up in a housing compound with her mother, who worked in a rocket factory, as did everyone they knew. Zhang dreamed of becoming a writer and won some writing competitions, but was put to work at the rocket factory from the age of sixteen to twenty-six. “I hated my life,” she said. She taught herself English by listening to the BBC on the radio. “The government didn’t like it [foreign media] so there was a lot of interference on the frequency. But every night I glued my ears to the sound of a crackling radio.” Meanwhile, people around her mocked her ambitions: “They said it was like a toad who dreams of eating swan’s meat.” She got to London to study creative writing at Goldsmiths and by 1991 was living in Oxford, when she was asked by a Chinese publishing company to write a book about the Western impression of Chairman Mao. She said, “I interviewed plenty of people about it. But the book didn’t pass Chinese censorship. After that, I vowed only to write in English.”

Now based in Beijing, although travelling widely, she reports and comments on the complicated reality behind China’s economic success and increasing power. Zhang is hardly alone in chronicling these issues and writes alongside a number of excellent contemporary commentators: I’d recommend anything by the journalist Xinran; Scattered Sand by Hsiao-Hung Pai and Factory Girls by Leslie T Chang, which look at labour exploitation and rural-to-city migration; One Child by Mei Fong, which explores the abuses and consequences of China’s one child policy; and Leftover Women by Leta Hong Fincher, which tracks China’s increasing gender inequality.

Zhang’s novel Lotus is a rich, enjoyable read, by turns shocking, hilarious, gritty and poetic. It was inspired by Zhang’s own grandmother, who was forced to become a “flower girl” in the 1930s.  Zhang described her grandmother’s life as one of “terrible, extraordinary hardship”. She was orphaned at the age of six or seven and her aunt’s family adopted her and worked her like a slave. “When she blossomed into a beautiful young woman, her uncle sold her to a brothel, and that is where she met my grandfather. On the job. And just as you don’t associate your grandmother with a prostitute, you don’t associate your grandfather with a john.” Zhang’s grandfather, a grain dealer, later committed suicide, afraid of being persecuted during the Cultural Revolution. Despite her tough life, said Zhang, her grandmother “always said how lucky she was. She survived the Japanese war, the rape of Nanjing, my grandfather died, she was so poor. She brought us up. For me she belonged to the generation of older Chinese women who could take suffering without bitterness.”

Lotus is dedicated to her, although it’s set in the contemporary southern town of Shenzhen and reflects the transformations of modern China: rapid urbanisation and industrialisation; the movement of workers from rural areas to cities; the reification of money and success contrasting with poverty and lack of opportunity among the populace; the surveillance-heavy, police-state communism wrapped around a heart of fierce survivalist capitalism; increasing gender inequality decades after Mao’s edict that women “hold up half the sky”; the commodification, sale and consumption of everything from counterfeit handbags to women’s bodies.

Shenzhen is the ultimate ‘new China’ city, says Zhang: “It’s a new city, very dynamic, just across the water from Hong Kong. It’s known as a ‘mistress village’ – a place where businessmen keep their mistresses.” The idea for the novel came from a reporting trip there: “I innocently went into a hair salon to get my hair cut. The girls started giggling and admitted, ‘We don’t know how to cut hair.’ I looked on the floor and realised there were no hair clippings.” The women were from the poor Sichuan and Hunan provinces and had worked on factory production lines, but said they’d opted for prostitution because the pay and conditions were better – “and the seed of Lotus was planted,” said Zhang.

She focused on prostitution as a way to reflect China’s national quandaries: “internal migration, the rural/urban divide, tradition and modernity, the growing gap between men and women. Prostitution is an interesting window to explore social change, and a brothel is not a bad place to stage a novel because at the heart of every drama is moral conflict.”

Lotus reflects the resurgence of very old forms of sexual exploitation and sex-for-survival which Mao had once eradicated. “In the olden days, the way for a man to show his prestige and wealth was by keeping concubines,” Zhang said. “In 1949, with the establishment of the People’s Republic, the government banned all prostitution. But things changed in the [post-Mao] reform era, with growing wealth, relaxed social control and a growing hedonistic tendency.” She noted, “STDs are growing fast among older Chinese men. They’ve suddenly got money and they feel they missed out on something. Meanwhile, wives of their generation are not supposed to be interested in sex.” Asked about why Chinese men use prostitutes, Zhang said, “Power. They also say they’re lonely. And sometimes it’s young people looking for adventure.” The growth of corporate culture is also tagged to the rise in prostitution: “In China, business deals are done over dining tables. But these days, wining and dining is not enough. Prostitution is becoming the blueprint of business.”

Lotus is a humane novel honouring stigmatised, usually unheard women who are often referred to by the pejorative term, “chickens”.  Yet, according to Zhang, “Every single Chinese city, small or big, has an unlabelled red light district. The sex industry is huge in China. The more prosperous the city is, the more developed its sex trade. The vast majority of women are obliged [to work in the industry] through some very unfortunate circumstances and desperate situations. Prostitution is one of the very few options open to them.”

Zhang’s fictional characters are streetwise, brutalised into toughness, yet also full of tenderness, hope, humour and camaraderie. Her research came from forays into massage parlours and hair salons, accompanying a Tianjin-based NGO worker who was distributing condoms. It’s hard for NGOs to exist in authoritarian China, where the government prefers to be in control even of social outreach initiatives; and it’s even harder for those who try to help prostitutes.

Zhang commented that post-Cultural Revolution changes might have enabled corporate growth, but didn’t do much for social welfare or social equality: “[Post-Mao leader] Deng Xiaoping’s reforms afforded some opportunities for educated, urban women. But the market economy has undermined gender equality. The government retreated from its role and let the market take over, but the market doesn’t always treat women kindly. Women are bearing the brunt of the shift from the planned economy to the free market economy: women have to attain higher grades to be admitted to universities, women are the ones who are laid off first, women over forty-five are sacked from companies, companies can stipulate that they want only young and pretty women.”

Zhang’s research showed that prostitutes are vulnerable not just to psychotically violent men “who see them as women of loose morals who deserve to be punished”, they are also subject to police harassment and abuse. Despite prostitution being considered a social evil, said Zhang, “it’s placed under administrative law, not criminal law, so it’s dealt with through fines and sanctions. The police interpret the laws themselves. They beat up the women and extract ‘confessions’, put them in detention with no legal representation. They have leeway for corruption, abuse and a violation of the women’s rights.” Meanwhile, she said, measures to curb prostitution “don’t tackle fundamental social problems. The root of the problem is the growing gender gap and a thin social safety net.”

Having spoken in front of an avid audience of journalists, diplomats and Sinophiles (myself included – I lived for most of last year in Beijing and have been visiting China since 2014), is Lijia Zhang hopeful that gender equality will improve in this fascinating and rapidly transforming country? When it comes to change driven from the top down, she isn’t hopeful: “Female political participation is low – women make up less than a quarter of the National People’s Congress and well under a fifth of the Standing Committee. And the top level of government is just one big boys’ club.”