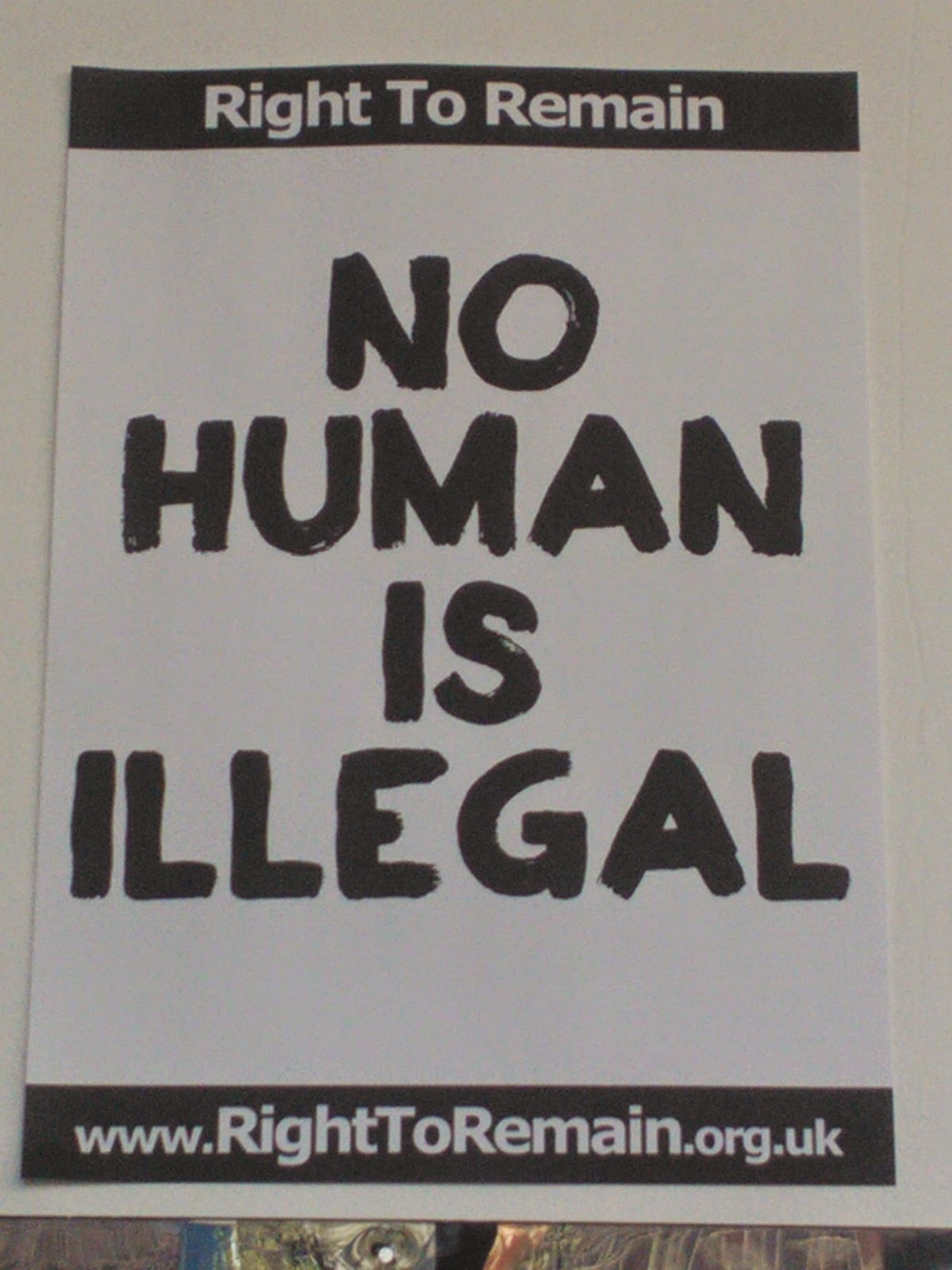 I am delighted to announce the publication of my 5th book, Asylum and Exile: The Hidden Voices of London (Seagull Books/Chicago University Press), which is the result of my outreach work with asylum seekers, refugees and undocumented people in the capital and includes their testimonies alongside my own account. The publisher's page is here and the Amazon UK page is here.

For Books' Sake have already given Asylum and Exile an attentive and very generous 5 star review which can be read here and there has also been some great press in Nose In A Book, a long interview in Asian Culture Vulture, another for The Festival of Ideas and another in The Heroine Collective. I've covered the project in a recent Guardian article headlined I want to give asylum seekers in Britain a chance to tell their own story; two pieces for Wasafiri called Militarising Against Refugees and Shouting Down The Facts; and two essays for the Free Word's Briefing Notes series, called Psychogeography of trauma: inside a UK detention centre and The reality of asylum and refuge in modern Britain. I've also discussed the issues in my introduction to Big Writing for A Small World (Scribd copy of English PEN publication) and the articles Rape, refusal, denial, detention: refugees dancing at the edge of the world and Asylum: no woman should be missed out. English PEN have written up the debate at one of my events on this issue in a wonderful piece here and The Nation have written an article on my work called 'I came to you for help and you treated me like a prisoner'.

Asylum and Exile follows the publication, in May 2012, of my fourth book Beyond the Wall: Writing a Path Through Palestine. An extensive selection of 2012 and 2013 interviews and press can be found here and a March 2014 interview by Clarissa Sebag-Montefiore can be found here. There's a full press release just below this video of me giving some readings from the book. I come in at 57:58

I see books like Asylum and Exile as evidence of a deep seated refusal to tolerate the divisive politics that extend right across the political divide. Well done for speaking up and bearing witness. We must never stop telling the stories of those we consign to the margins.

It’s a little book, but in its 150-odd pages it manages to be wide in scope yet intimate, funny, warm, sad and horrifying. ...Asylum and Exile is a 4 star read, with an additional star because it’s so fundamentally important.


The result of Bidisha’s outreach work with refugees and asylum seekers since 2012, Asylum and Exile goes behind the stereotypes and scare stories to reveal the humanity, tragedy and bravery – and frequently the humour – of the individuals who’ve left everything behind to seek sanctuary from violence.

The men and women Bidisha worked with were of all ages from 19 to their late 60s. All had fled war, persecution, extreme poverty and civil unrest in countries as diverse as Cameroon, Iran, Syria, Somalia, Malawi, Burundi, the Democratic Republic of Congo and Sierra Leone. Some had been in the UK for months, others for more than a decade. All spoke at least two languages. Among them were mathematicians and criminologists, soldiers, students and teachers: the man who had lectured in Persian music at Tehran university and now works in the freezer room of a sandwich factory; the woman who had been a teacher but was asked, when she arrived in England, if she knew how to turn on a light switch; the woman who became a manager in an English company only to be pulled out by police in front of her colleagues and imprisoned, who loves her red dancing shoes above all her other possessions.

In England, with no money, no access to public funds and no papers authorising them to work they labour illegally as cleaners, factory workers, dishwashers, care assistants and in other unstable, unseen, underpaid and gruelling roles. Many have bounced between prison and detention centres. Their London life is one of trying to survive on five pounds a day, of interminable bus journeys across the capital, appointments with legal aid workers and reliance on near strangers to get a foothold on life in the city with little or no support. Despite this, their unerring vivacity, talent and will to survive are a testament to the strength of the human spirit.

Asylum and Exile comes out at a time when immigration is one of the most passionately debated issues around, with a rise in anti-immigration, anti-asylum rhetoric both in the UK and elsewhere, particularly in western Europe and Australia. Asylum seekers and refugees are being argued over, demonised, scapegoated and disbelieved – or patronised and advocated for in heart-wrenching yet generalised terms – but are almost never given a chance to speak in their own words about their own lives. Bidisha gives space to their testimonies, which are by turns shocking, moving and hilarious. She gained rare access and was met with such trust and frankness that Asylum and Exile stands as a unique document|: an accessible, uplifting and humane book whose stories are as buoyant, noisy, confrontational and diverse as Bidisha’s classroom itself.

The outreach sessions were co-ordinated by the literary and human rights charity English PEN with the Migrants Resource Centre in Victoria and Praxis in Bethnal Green. Asylum and Exile began in the unheated rooms of severely underfunded charities in London. Yet its narratives and characters cross the globe, reflecting the consequences of some of the world’s most violent conflicts and fragile states. Stereotypes and generalisations disintegrate and what emerge are the stoical spirits, vital personalities, inner strength and defiant intelligence of the individuals themselves. The book is not an academic tract or a fierce polemic but a humane account based on personal stories expressed in idiosyncratic voices, not clichés from a newspaper. Asylum and Exile is a tribute to the honesty of raw experience, the power of personal testimony and the ability of the spoken word of truth to transform both the teller and the listener.