This is an expanded version of an article which first appeared in Time Out Beijing. All images by and (c) ABS Crew

Deep in the corporate heart of the Central Business District, under the approving eye of a strangely young government representative, a gang of guys in white jumpsuits, industrial respiratory masks and black rubber gloves is painting fierce designs onto ten of the city’s free shuttle buses while an increasing crowd of workers on their lunch break take photos and film their work. 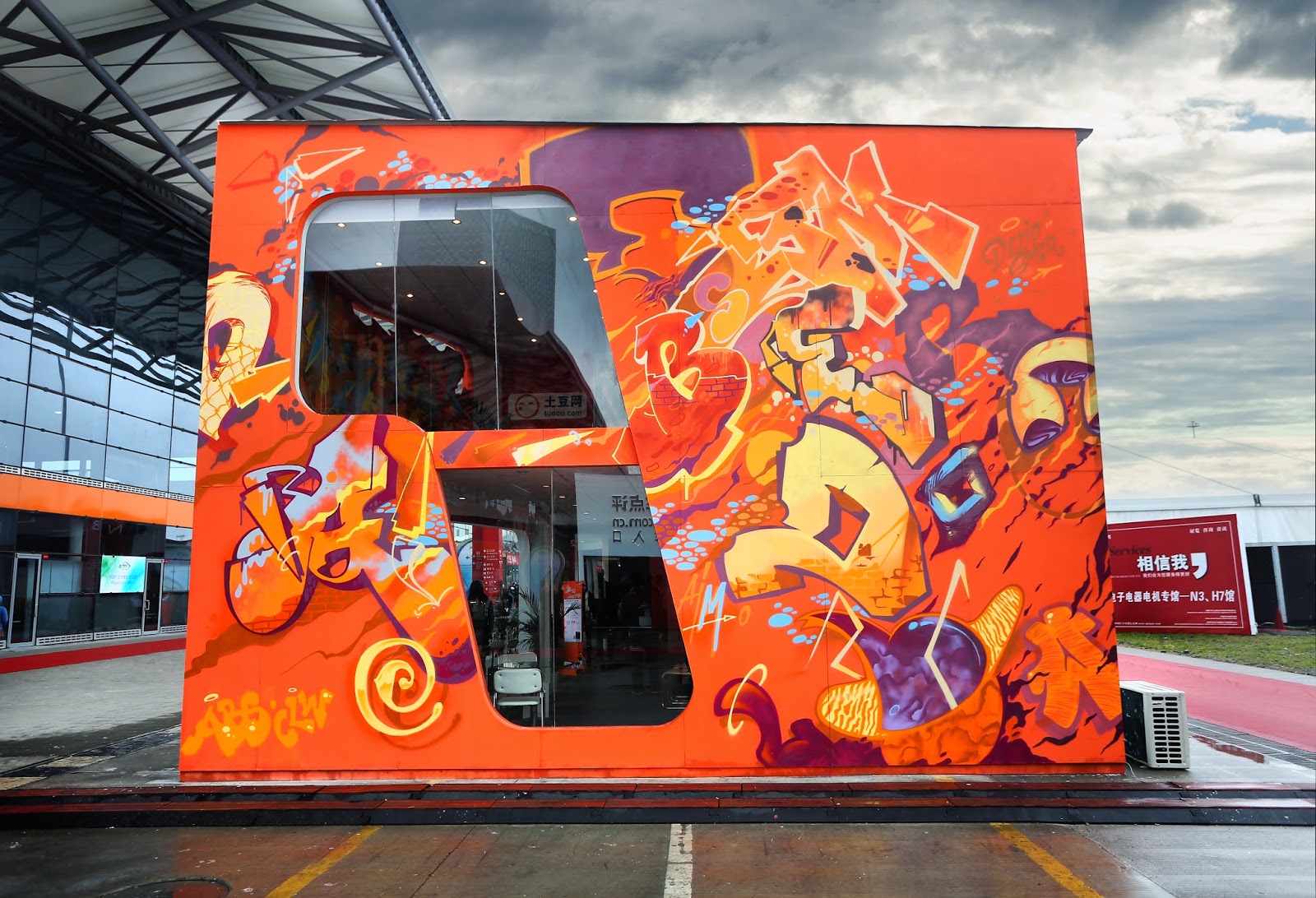 The gang is Beijing’s ABS Crew, who since 2007 have been bringing graffiti culture, hip-hop, film-making and breakdancing together in a successful and classically Chinese combination of countercultural styling underscored by mainstream business acumen. ABS Crew - who go by the names ANDC, Scar, Noise and Seven- own a shop, host cultural events, work with major companies on corporate branding and graphic design, consult with big business and undertake public art commissions. They even sell ABS Crew merchandise. In the next few months alone they’ll be painting at a major music festival and working on a commission in Sanlitun.

Crew member ANDC explains, “Graffiti is very new in China, maybe only ten years old. Young people had to research and seek out the work by studying other countries’ graffiti culture online. When we started, we had no spray cans, just factory grade stuff you couldn’t paint with. We started off in different cities and found each other by uploading our work on the Internet.

But now, young guys are into it, more people are joining in. When we started out, we were studying at university and spent half our time working [in unrelated jobs] for big companies and the other half of our time doing graffiti. Now we do it full time. But we need more money for the culture, because more people want to learn how to do it, but don’t know how. We use business money to create a real culture and we make it available for everyone. We have a lot of plans. In China, if you know a lot of people, you get a lot of business.” 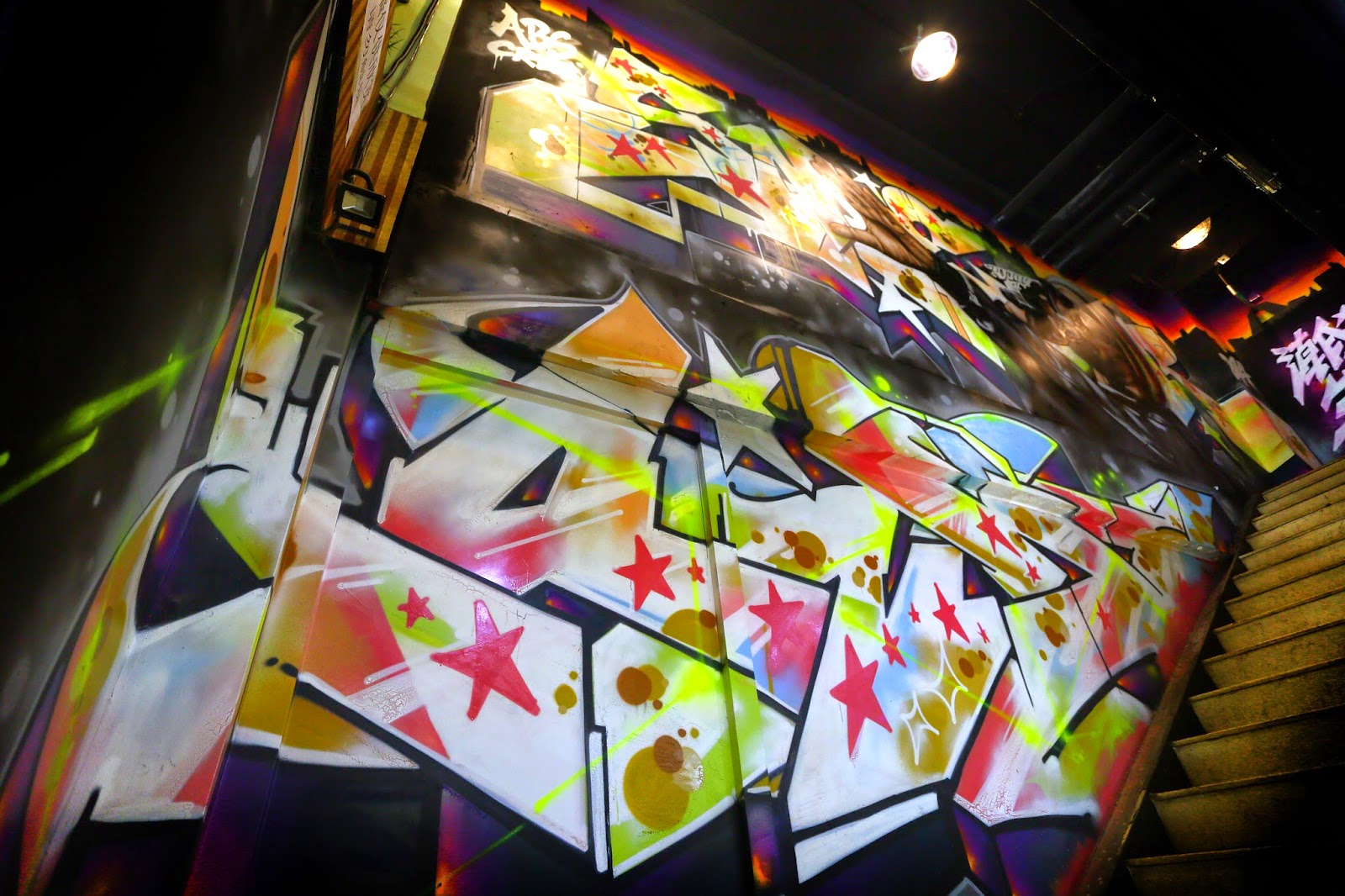 ANDC points out that graffiti occupies a rare position in China: “It’s harder and more illegal in other countries – graffiti-ing buses is illegal in Europe. But in China graffiti is half legal, half-illegal. There are certain areas where it’s okay to do it. This bus project is for the Central Business District’s art festival. We know the government leader for the festival and he’s very young, he’s not an old man, so we were talking with him about how to do fresher projects [and he agreed].”

This appearance of cultural openness is somewhat misleading. I’m talking to ANDC less than 2 hours after the police raided a major Japanese company’s annual sushi-and-cocktails party in epicentre-of-Beijing-cool Sanlitun, saying it was too noisy (but possibly just seeking a kickback) and a week after they raided a music venue, forced gig-goers to undergo mandatory urine tests for drugs and deported any foreigners who tested positive. Two nights ago, groups of silent, uniformed guards appeared at each corner of the intersection closest to my house, armed with machine guns.

While ABS Crew may be pursuing a lucrative corporate strategy these days, ANDC still makes sly reference to their shadier work, done “on a real street, in the night. It’s about wanting to tell people something. We do artwork that’s a social commentary and we add our crew’s name.”

To read my China Flash series of articles about contemporary China, please click here. or explore some of the links below: