Nutrition and maternal, newborn and child health: joining the dots and looking beyond the Millennium Development Goals 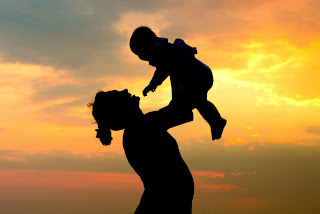 A news bulletin sent around earlier this year by Dr Carole Presern, Executive Director of The Partnership for Maternal, Newborn and Child Health, threw down the gauntlet for the world community. At the time of the G8 summit – which I covered here in relation to the Enough Food For Everyone IF… campaign – the PMNCH highlighted the importance of nutrition. Since then I have found the work and the general approach of the PMNCH to be invaluable in joining the dots between various global health and development issues now that world leaders and development workers are considering a framework for initiatives extending beyond 2015.

The result of this summer’s discussions and presentations was the signing, by numerous international players, of the Global Nutrition forGrowth Compact, with up to $4.15 billion committed on this initiative up to 2020. Those who contributed to this strong pledge for a reduction in under-nutrition included the Bill and Melinda Gates Foundation, World Vision and Save the Children.

Leaders should be especially motivated to see pledges result in measurable action. Bringing commitments to invest in nutrition under the umbrella of the Every Woman Every Child movement led by UN Secretary-General Ban Ki-moon would provide a useful framework for tracking their progress. We look forward to supporting efforts in this direction.

All of these issues are already very high on the international agenda. At the 66th meeting of the World Health Assembly in Geneva in May this year, global delegates passed a resolution to implement the recommendations of the United Nations Commission on Life-Saving Commodities for Women and Children and also discussed a first-ever action plan pertaining to newborn health to end preventable deaths, which will be realised at the 2014 World Health Assembly.

At the Nutrition for Growth event in June, Justine Greening MP from the Department for International Development spoke about the importance of nutrition as a major development issue. She also outlined the financial pledges made by the international community of leaders in politics, social enterprise and business. She added,


Under-nutrition is stopping children and countries from reaching their full potential, accounting for the loss of billions of dollars in productivity. A strong and healthy workforce is vital if a country’s economy is to prosper. This means business and science taking a lead in fighting for good nutrition because we understand that better nutrition is the smart way to tackle extreme poverty, child mortality and economic underachievement.

What has to happen next is an integration of understanding between the issues – and, I would argue, an analysis of how gender inequality and sexist social values underpin many of the disadvantages, risks and problems covered.

The PMNCH’s own research provides a nuanced analysis of the relationship between nutrition, sustainable development and women’s and children’s health. Their findings were developed for the Open Working Group of the UN General Assembly in preparation for the formation of post-2015 development plans. They make a strong case for the importance of investment in nutrition for women and children as a major factor in ensuring sustainable development and its four pillars of economic development, environmental sustainability, social inclusion and peace and security; these criteria having been delineated by the UN System Taskforce on Sustainable Development.

This is about more than being hungry or not getting the right vitamins or minerals. Malnutrition and under-nutrition, rooted in long term poverty, inequality and disadvantage, have wideranging and interconnected health, social and economic consequences which do not affect just individuals but entire families, communities and generations. Their finding – spelled out in greater detail here, with references to specific studies – demonstrate myriad risks of malnutrition.

Malnutrition contributes to disease and early deaths, especially for women and children. Malnourished women have lower birth weight babies resulting in children born into unhealthy, poorer families… and a lifetime of nutrition-related morbidity and mortality, which affects a woman’s own health and productivity and that of her offspring.

What is particularly interesting about the report is that it doesn’t just chronicle a problem, it also points to the benefits of action, stating that improved nutrition and greater health result in higher productivity. The findings are that women who are healthy, fed and working participate in the economy from a stronger position, both saving and investing. Healthy, well-nourished children have better mental development and learning skills and are more likely to stay in education and therefore to have a greater chance of earning more. The report points out that those who did not receive adequate nutrition in utero and in their earliest years “has been associated with reduced labor supply” and consequently lower adult incomes and therefore lower productivity at a mass level, across countries, where under-nutrition is widespread.

Whether or not you agree with this approach – that we should nourish human beings because they’ll then nourish capitalism more heartily instead of lying there like non labour producing duds - rather than seeing this as a human rights issue – it’s an interesting insight into the dramatic difference something as basic as nutrition can make.

There is also the cost of treating malnutrition:


As a final thing to think about, the PMNCH also considers the risks and consequences to the health and the economy of too much food (and of the wrong time), not just too little food. In environments where the issue is not lack of food but over-consumption of food which is not nutritional and involves many risky factors (processed and refined food, food containing many additives and few nutrients, food high in salt, sugar and trans fats) there is an ever-rising figure, currently up to 8% of healthcare spending, associated with obesity. In  the cost of dealing with obesity is actually more than the economic costs associated with under-nutrition.

Bidisha is a 2013 International Reporting Project Fellow reporting on global health and development.