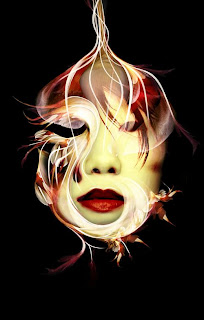 Around this time last year, minus two weeks, I attended a stunning event put on by the Birds Eye View film festival. It was Sounds and Silents, pairing contemporary women musicians, composers and performers (including Micachu, Imogen Heap, Tara Busch and others) who created and performed live scores for classic short films by women directors. The film, music and combination of films and music were mind-blowing, a testament to women's genius and innovation both then and now. Read my feature on it here.


One of the stars of the evening was the musician Seaming, hailed as "a remarkable talent" by renowned conductor Otto Klemperer. I've been following her career ever since; you can listen to her music here. Seaming is unveiling a lot of new work in the coming months and I had to get behind it.
﻿
﻿
Seaming will be performing new work, a song cycle entitled 'Songs For My Grandmother', commissioned by the Chinese Arts Centre. Seaming writes to me,


"Expect spycorders, vintage electronics, words by the award-winning poet Judy Kendall, (palindromes, hair..the list goes on..) and also on stage with me will be acclaimed concert pianist Enloc Wu. It is a treat to be working with her again."