Peckham Space presents Network, a specially commissioned film from artist Sonia Boyce, which explores how forms of social communication such as mobile phones and social networking sites like Facebook have become the most popular ways for young people to maintain their relationships with friends and family. Peckham Space is at Camberwell College of Art, 89 Peckham High Street, London SE15 5RS and the film will be showing from 13th September until 19th November 2011. The launch event is on 13th September, 6-8pm. Click here for more details.

The artist worked with Southwark Council‟s Visual And Performing Arts (VAPA) Young Women's Group to chart the nature of these relationships and the languages that have formed around these technologies. The exhibition will comprise a series of films, choreographed in the gallery space as an installation: a set of dialogues featuring the young people in front of as well as behind the camera.

Shot in cinematic high definition, the Network film follows the journeys of four young women from their homes to their weekly VAPA group meeting through the different street systems of South East London. Once there, the young women explain their networks and friendship groups, previously mapped out in collaboration with oral historian Verusca Calabria. The conversationshappen face to face and on mobile phones, but the identity of their partner is not revealed: all four young women are involved in the same discussion.

I was particularly interested in the type of conversations that are generated and amongst groups of young people. I wanted to explore their inter-connected micro-communities, and that boundary between the public and the private that is bridged online and through personal mobile phones. It's fascinating to me that young people‟s communities can reach geographically and culturally distant areas through the use of new technology, and how this can challenge traditional notions of the concept of community.

For this commission, Peckham Space worked with VAPA to draft the project brief and invited two of its young women members to join the selection panel that interviewed and commissioned the artist. Fahmeeda Khan, a member of the VAPA Young Women‟s Group said: “We wanted to work with artist Sonia Boyce for this project because we liked that she wanted to make a film which looked at social networking and mobile phones from our point of view: at school and at home we often face negative opinions of these technologies. I hope that Network shows how these ways of communicating are important to us, and gives people an insight into the way young people today stay in touch with their friends, classmates and family members.”

On 13th October 2011, Artist Sonia Boyce will be in conversation with critic Bonnie Greer, discussing how the artist has explored modern concepts of communities used oral history to develop Network‟s themes. 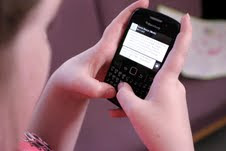 Sonia Boyce came to prominence in the early 1980s as a key figure in the burgeoning black British art-scene of that time – becoming one of the youngest artists of her generation to have her work purchased by the Tate Gallery, with paintings that spoke about racial identity and gender in Britain. Since the 1990s Boyce‟s practice has taken a more multi-media and improvisational approach by bringing people together to speak or sing about the past and the present. Boyce has exhibited extensively throughout the UK and internationally. Recent exhibitions and monographs include: Devotional, National Portrait Gallery, London (2007); Like Love, Spike Island, Bristol and tour (publication by the Green Box Press, Berlin, 2010); Afro Modern, Tate Liverpool and tour, 2010; and The Impossible Community, Moscow Museum of Modern Art (forthcoming autumn 2011).

Boyce has just completed an AHRC Research Fellowship at Wimbledon College of Art and Design, University of the Arts London with her concluding research project the Future is Social, and holds a Visiting Professorship at Middlesex University, in the Department of Fine Art.
Posted by Bidisha on Friday, August 19, 2011