The Good Muslim, by Tahmima Anam 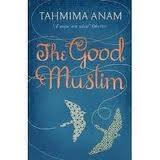 I have reviewed Tahmima Anam's second novel, here, for The Observer. The paper did a clear and excellent edit on the piece. However, I have posted the uncut version below, because it features a couple of quotes from the book. I thought readers contemplating buying this excellent novel might like to hear some snippets of Anam's voice, rather than just my critical interpretation.

Independence has cruel consequences, which are brought into sharp focus by this award-winning Bangladeshi author’s second novel, following the success of her debut A Golden Age. That book introduced us to Rehana, a headstrong widow entering the turmoil of Bangladesh’s 1971 war of independence. The Good Muslim is set in the aftermath of this war but is a complete and impressive work in itself. It renders a devastating account of Rehana’s two children, Maya and Sohail, uneasily negotiating life in a new nation haunted both by the past and by chilling presentiments of the future.

This haunting is felt most keenly by Maya, a doctor returning home after some years away. Anam’s language and Maya’s memories glint with unflinching, unconsoled realism: “She remembered the sight of dead men with their hands tied behind their backs, their faces lapped with blood, and she remembered every day she had worked in the camps, scooping bullets out of men with nothing but a spoon and a hunter’s knife.”

Maya and Sohail and their relatives have all been radicalised in their own ways, invaded and transformed by questions of culture, society and nationality. Anam’s intelligent style is perfectly suited to the dissection of this new Bangladesh as a country of hypocrisies and strange metamorphoses. The greatest shock for progressive Maya is encountering her beloved brother, who has sunk his horror at his own involvement in the war into the comforts of extreme religious conservatism. As the novel progresses, both characters become more entrenched and their final clash of principles is shattering yet inevitable.

Maya’s medical knowledge, her worldliness and her independence as a woman give her a shockingly clear view of the injustices around her. Although Maya herself is a strong counterpoint to the gendered abuse which is one of the themes of the book, Anam is too realistic to make her a blazing, all-saving heroine. One of Maya’s most tormenting realisations is that there are some perpetrators, both during the war and after it, who abuse not only with impunity but with the full support of society. There are the war rapes, the forced pregnancies, the abortions of ‘war babies’ that Maya has performed and the rejection of raped women by their communities. These stories are familiar from countless newspaper reports but no less powerful for that.

I am making The Good Muslim sound heavy. It isn’t. Its clarity, alacrity and expert structure of brief, vivid scenes give Maya and Sohail room to breathe. Maya is immediately impressive but Anam’s acuity cuts deepest in her treatment of Sohail. In this young man machismo, pain and denial mix to create a tragic archetype. His fervour is a crutch for his trauma, his certainty built on shaky foundations, as reflected in their childhood home: “Here, grey streaks across its back, where the drainpipe had leaked; there, the slow sinking of its foundations, as if the house were being returned to the earth; and above, the collection of shacks that made up the first floor, built [by Sohail] out of a mixture of brick and tin and jute, making it appear as though an entire village had fallen from the sky and landed on the rooftop.”

Eventually this flimsy, self-constructed identity must crash down. The reader mourns for the young, innocent Maya and Sohail, but it is too late. The Good Muslim is about a national victory that does not feel like a victory, a liberation that is a damnation for many of its characters, who are conscience-stricken, victimised or struggling for certainty.

Anam is one of a generation of international writers with a subcontinental heritage, whose themes are politicised and universal. They include Sarita Mandanna, Anjali Jospeh, Kiran Desai, Kamila Shamsie, Thrity Umrigar and Tishani Doshi and, given the subject matter and the strong presence of post-Diaspora writing in English, the reader knows pretty much what to expect when approaching The Good Muslim.

The novel does not confound expectations but its intelligence and insight place it in the highest league. It uses a specific history to identify issues which are pertinent in places and times far beyond post-Independence Bangladesh and it is this pertinence which makes The Good Muslim not just an interesting novel but an important one.
Posted by Bidisha on Monday, June 06, 2011